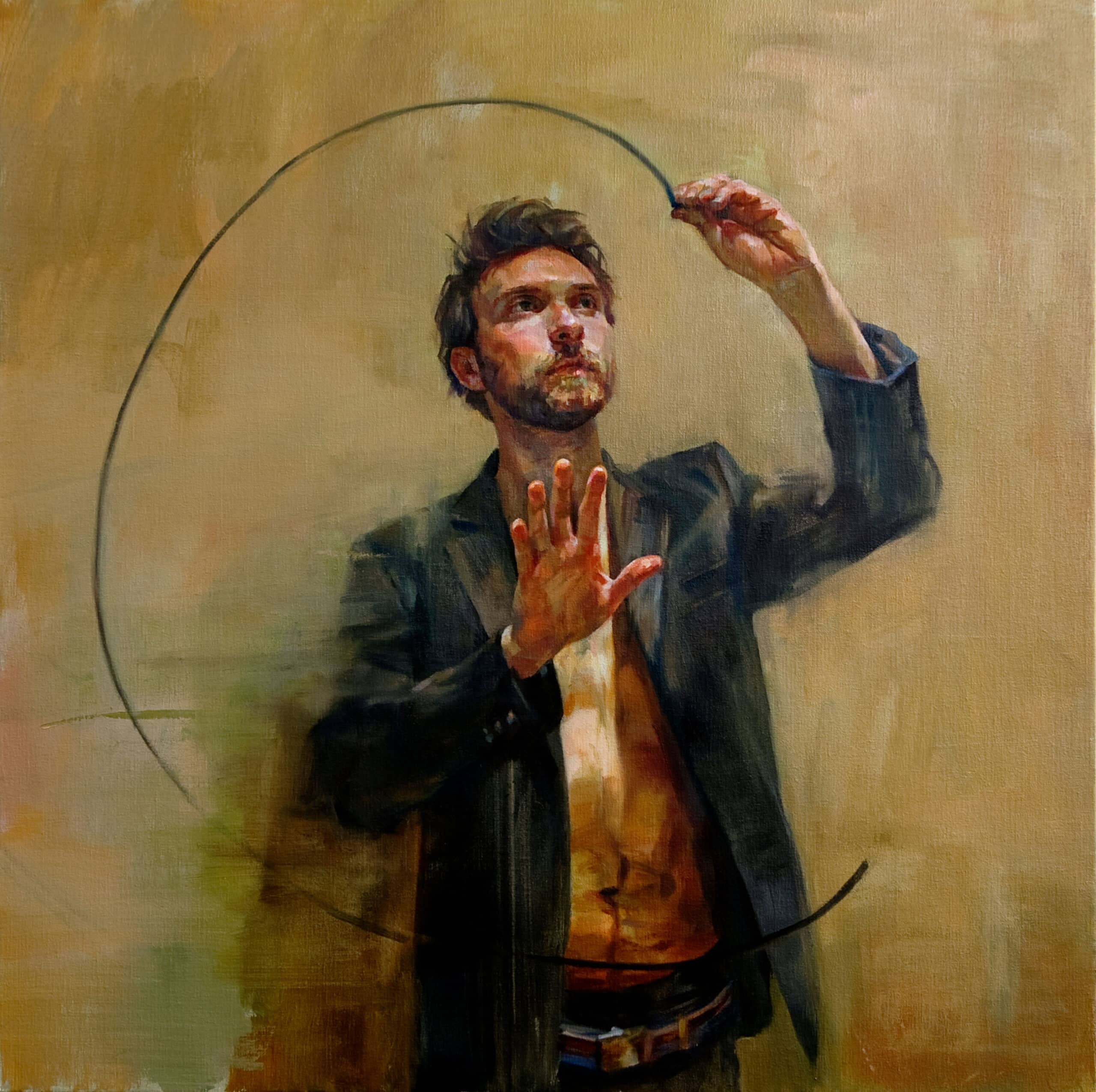 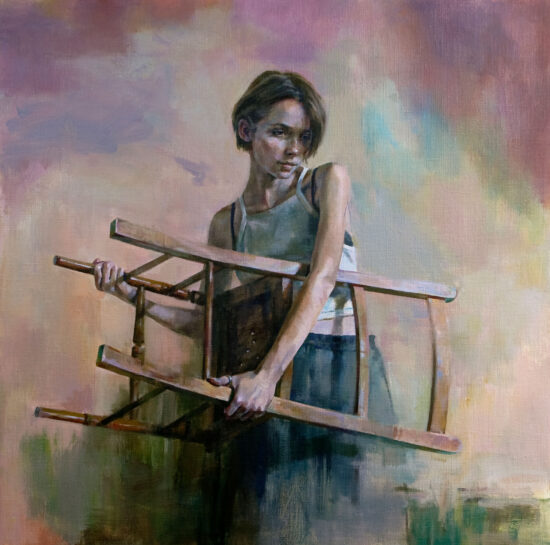 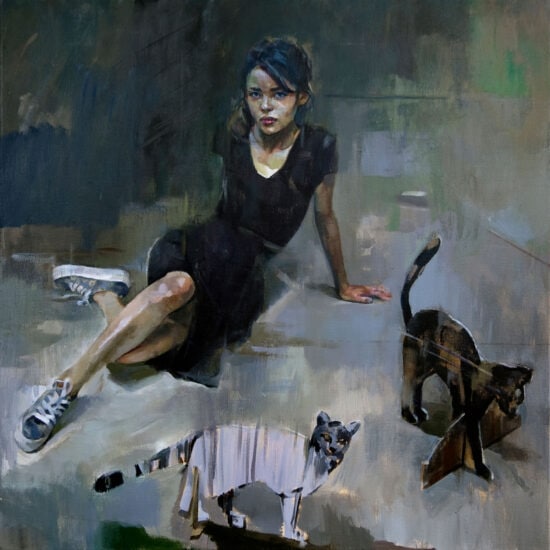 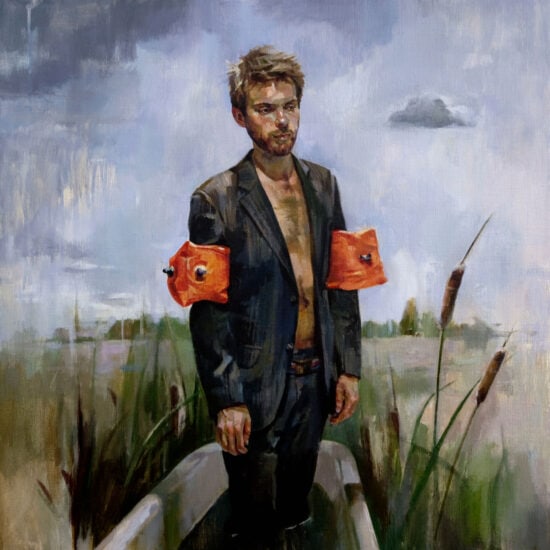 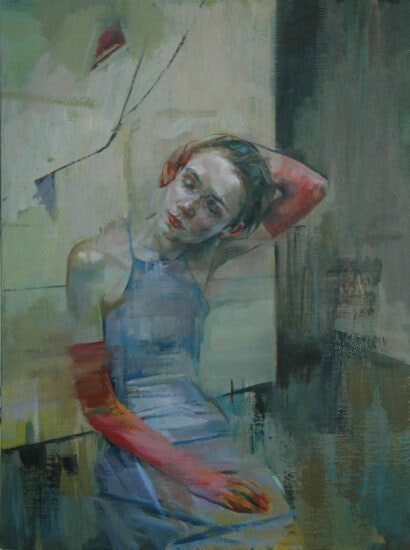 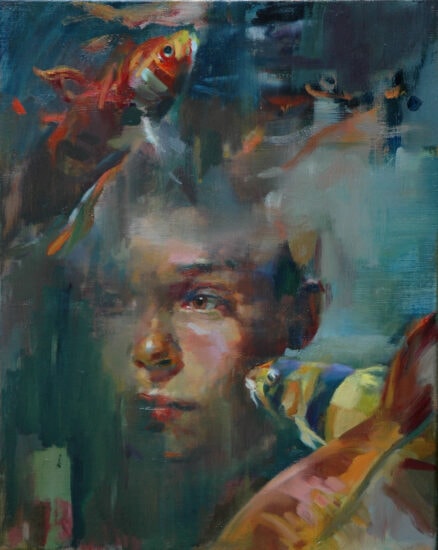 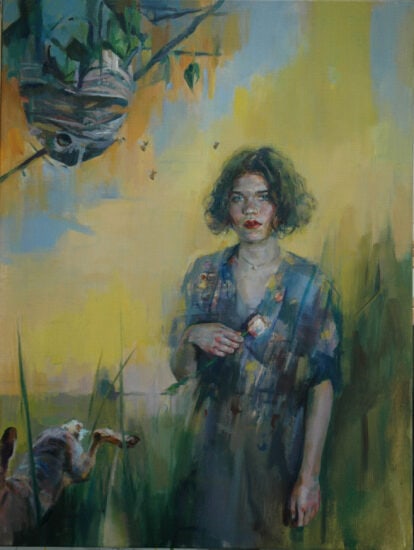 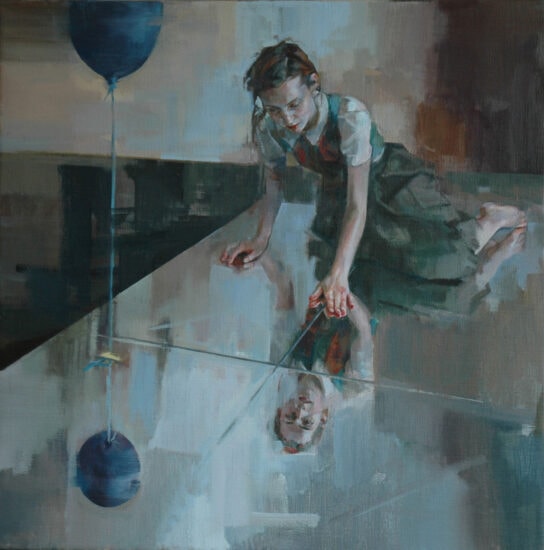 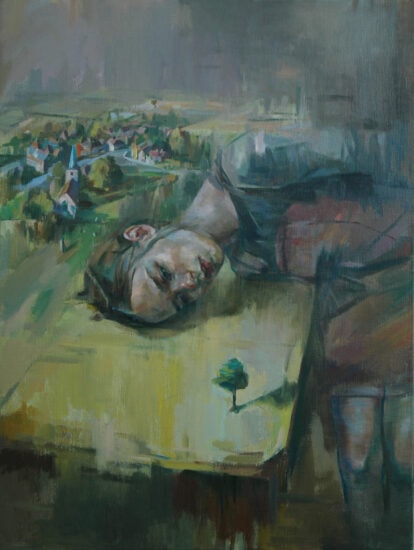 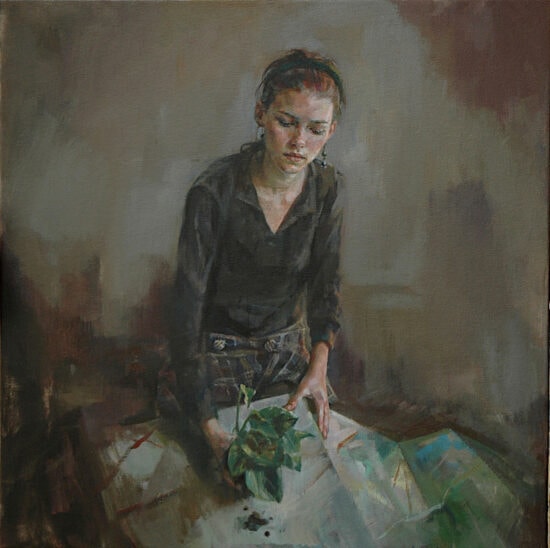 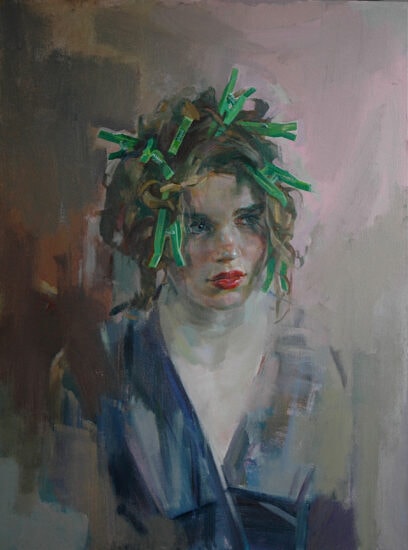 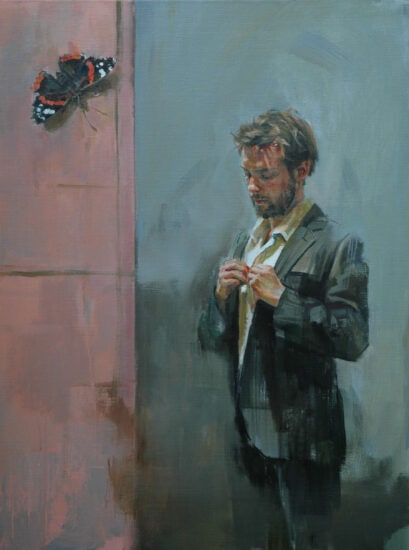 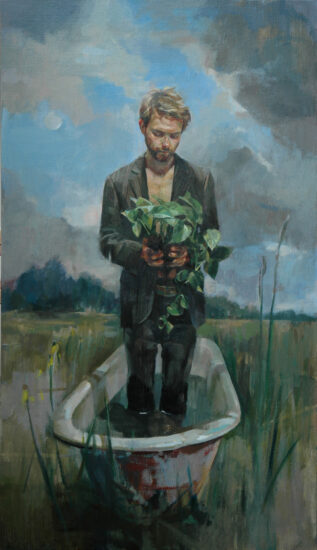 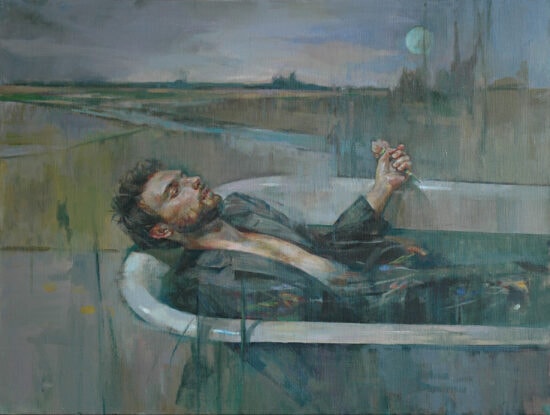 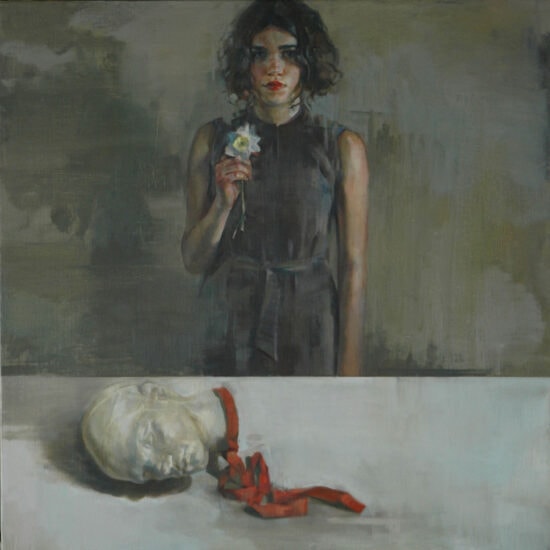 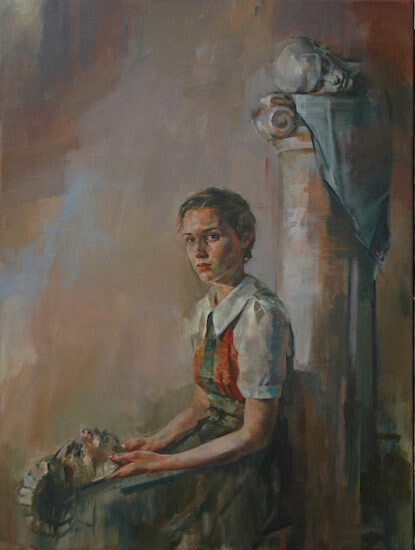 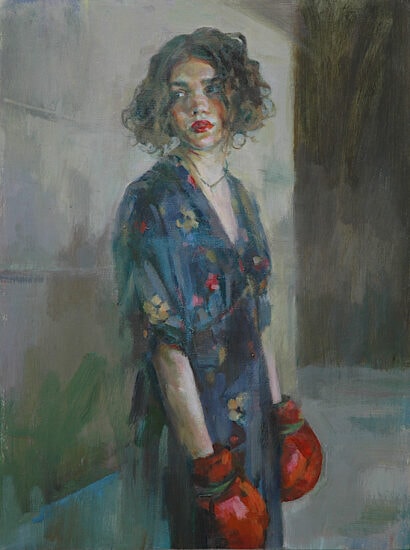 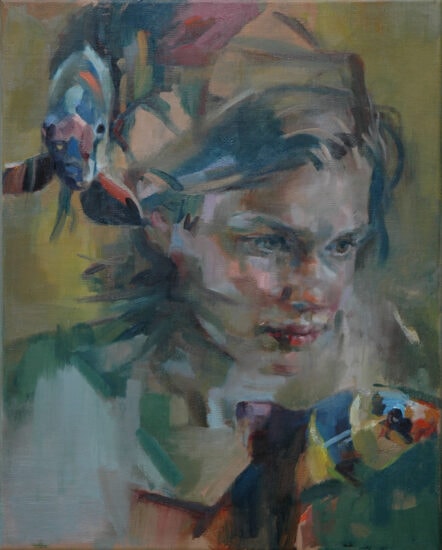 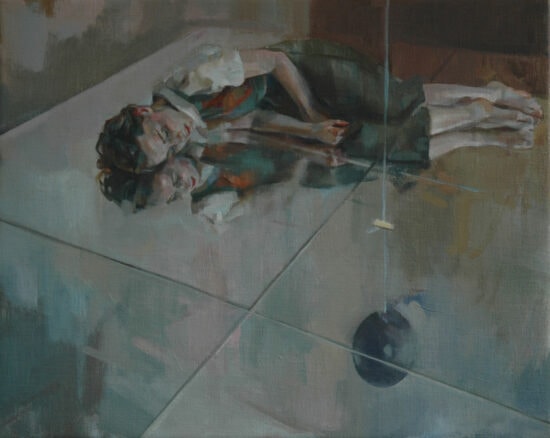 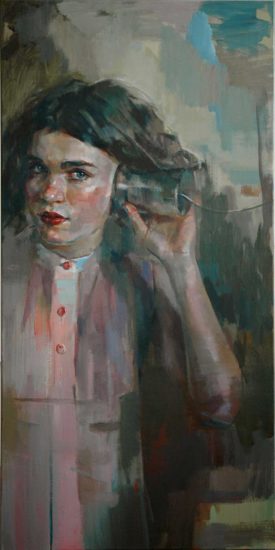 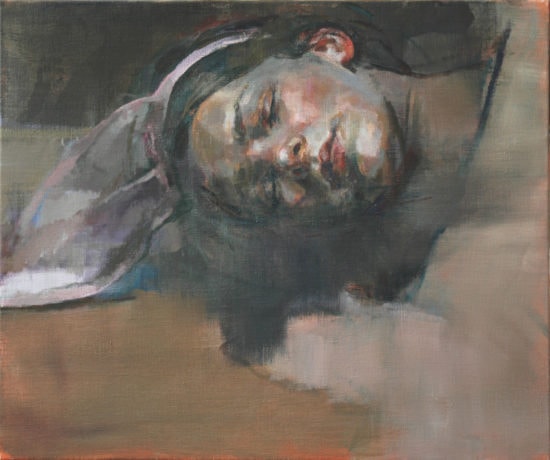 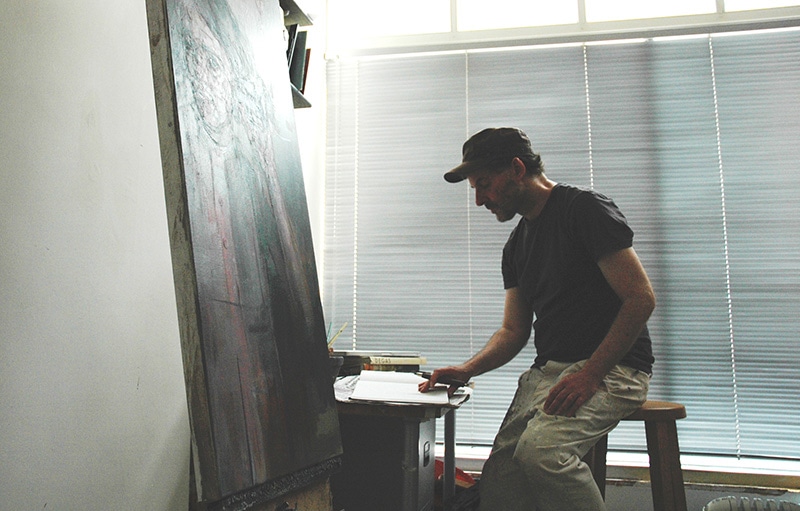 Shaun Ferguson says of his paintings :

Standing in a shallow bath of rainwater, trousers now soaked above the water line – capillary action. Imagine him taking up this water through his body, a conduit for nature maybe- if holding a plant.  On another occasion, nature is to be protected from and he might wear water wings, bright orange, to ward-off the incoming weather. A phantom threat.

A genuinely life-threatening experience, however, was that endured by Lizzie Siddal, after lying in a bath for hours on end so that Millais could paint ‘Ophelia’. A true story that inspired humble redress.

A less earth-bound narrative is the one of Persephone emerging from the underworld to announce nature’s rebirth.  A short Disney animation became the seed for new growth, a painting called ‘Spring’. This ‘Goddess’ however is neither prancing nor particularly happy but indignant at her annual re- awakening and the cacophonous sound of insects and mating calls. The pollen count was particularly bad this year!

Draw a circle on a pane of glass creating a portal-now pass-through.

If only he could get those circles perfectly round, he might!

At the lake a figure is similarly mesmerised, by their own reflection and the gloomy blue moon, but we all know they’re just mirror tiles and a party balloon. The props are Inert, like the chair that can never be gifted life through dance but for a while we are connected to them, and they allow us to travel elsewhere. – Shaun Ferguson 2022