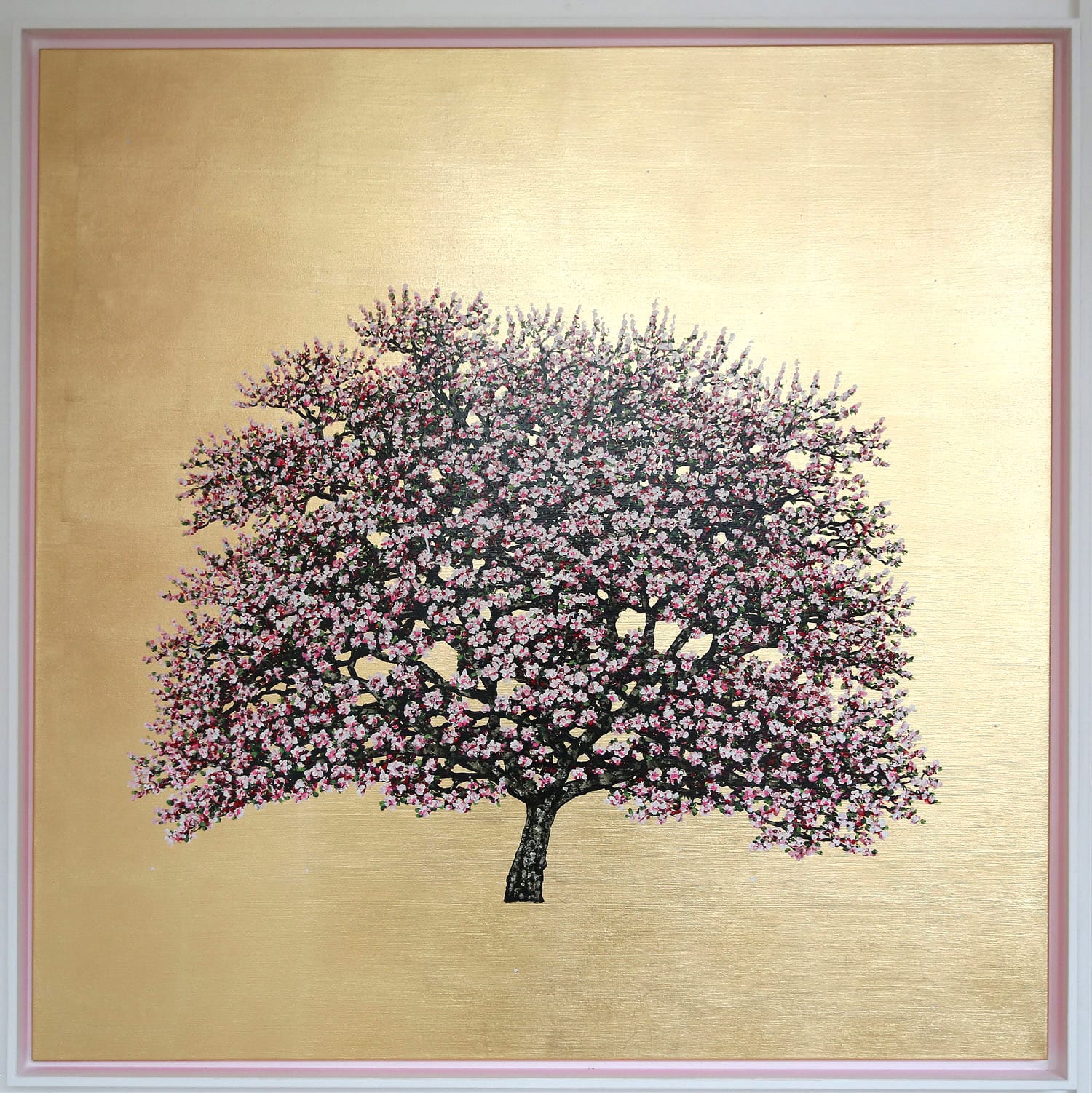 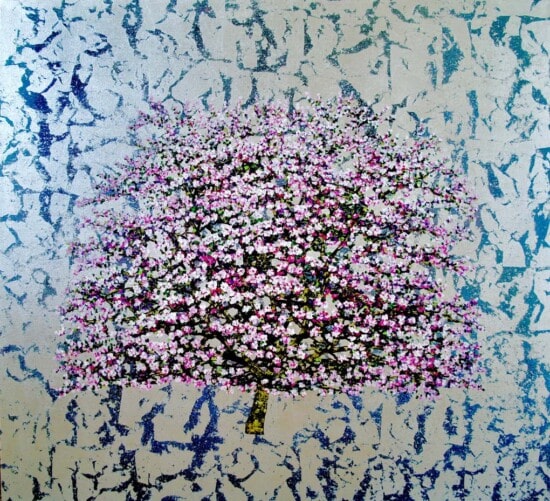 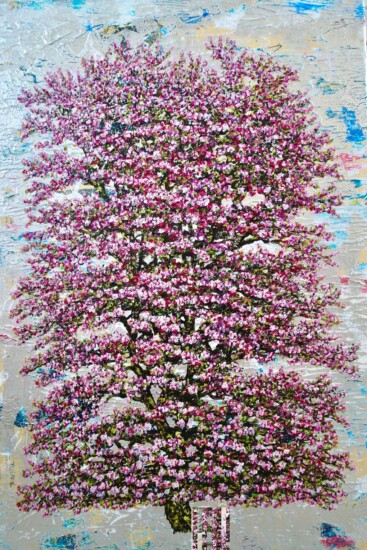 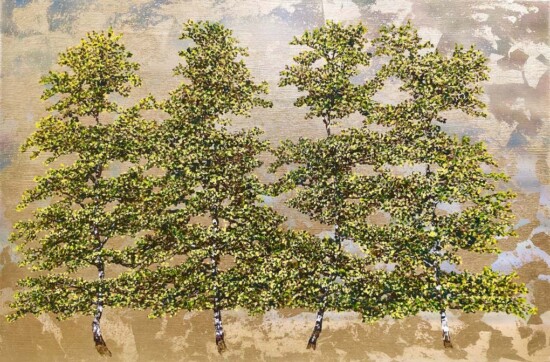 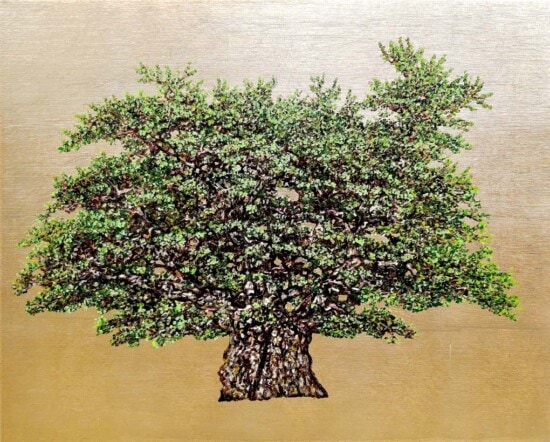 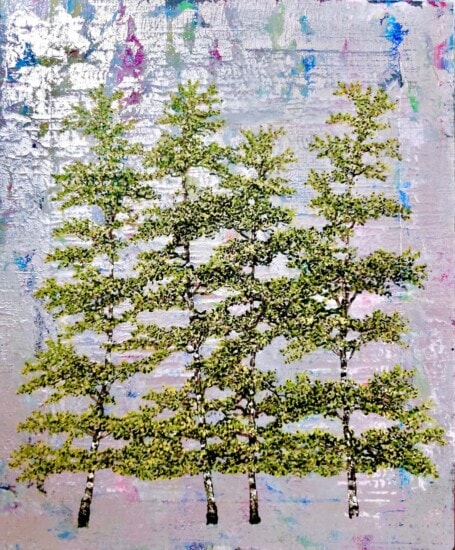 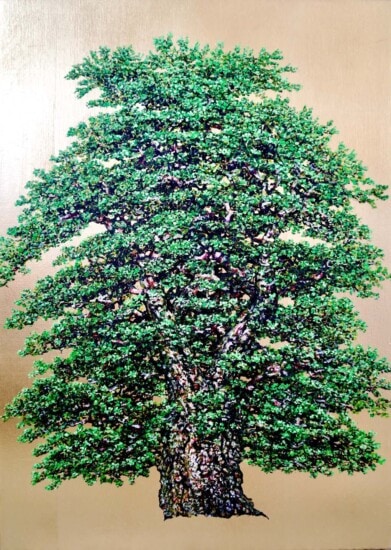 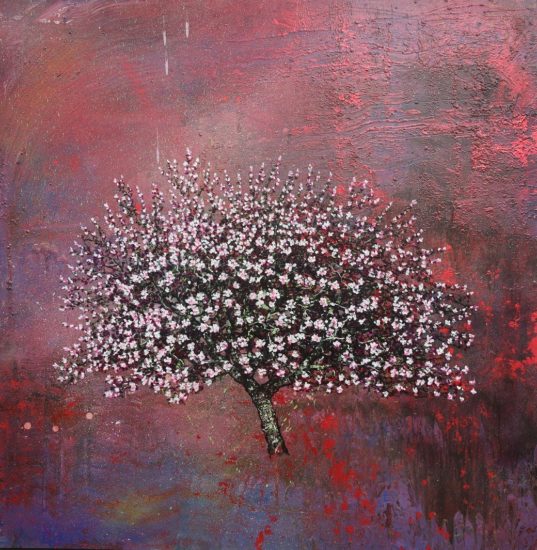 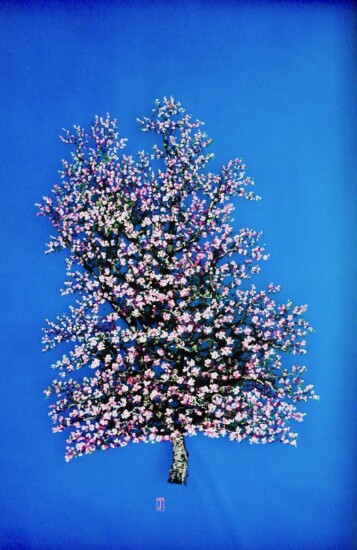 ‘I have always strongly associated working in the garden and in the studio. In fact, many of my subjects lived in the garden, they are portraits of friends that I would help out occasionally and in the summer the garden would become the studio, inextricably linked. I can’t help but feel a palpable sense of abandonment, now it has gone the paintings too leave to be displayed.

On meeting the paintings again, I can’t help thinking they have reincarnation as a sort of plutonic greenhouse, the pruning of composition and the refining of line and proportion as they jostle for attention. They become a kind of surrogate for the act of gardening itself, a kind of visual horticulture. The tending of each form as it grows over elemental surfaces of gold and silver leaf. Embellishment with tonal rendering, juxtaposing compliments, replacing dissidents. Being attentive to the subtle play of texture and how it will react in a racking light. Applying colour variations and glazes to subdue stark and overpowering features. Marvelling as new Darwinian forms emerge, trying to capitalise on a happy accident here and a careful negotiation there.

Painting in this context like gardening revolves around the essential promethean theme. The growing cycle of nature and nurture, and the understanding of your place as custodian. The inevitability of decay and rebirth. It explicitly invites the contemplation of one’s own nature, a reminder that the simplest activities, those things we often take for granted can bring real meaning are their own reward and do offer consolation eternal delight.’ Jack Frame 2021

Jack Frame New Paintings for the Shrine Exhibition at the Fairfax Gallery.

These paintings were made to stand in the world and were made with the intention to be lived with. They have to compete with the noise and intensity of the everyday surrounding us. The desire is to make something that, however humble or simplistic in origin, can offer another person consolation’.

The artist Jack Frame is synonymous and best known for his paintings of trees. In their intricacy and depth, they go far beyond the facade, but have the solemnity and resonance of real portraiture. The Works assembled in the exhibition Shrine, during the covid spring and summer of 2020, are an invitation for contemplation, reflection, and harmony at a time when these articles are sorely needed.

An abiding sense of energy and life abounds from the bringing together of imagery and materials, the way they play against one another, has a subtle and mesmerizing effect. Coupled with strong craft elements and a striking use of gold leaf, the paintings echo an almost spiritual intensity. A palpable desire to heal and grow both literally and metaphorical lies at their heart.